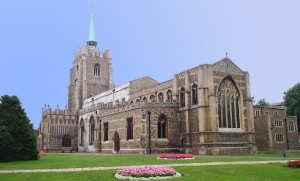 Chelmsford is bustling city in the County of Essex, approximately 30 minutes from central London.  An historic location, set on the River Chelmer and River Can, Chelmsford gained city status in 2012, and welcomes many visitors who can enjoy attractions such as the beautiful Cathedral, its museums and parks, as well as a vast array of restaurants and shops, located throughout the city.

Historic Chelmsford
Settlements in Chelmsford date back to before Roman times, with evidence of Neolithic and Bronze Age settlements.  When the Roman arrived in Chelmsford, a fort was built and the town developed.  At this time Chelmsford was known as Caesaromagus which translates to “the market place of Caesar).

In the Domesday Book Chelmsford is recorded as Calmerefort and became Chelmsford by 1189.  Shortly after Chelmsford became a market town, when in 1199 a Royal Charter gave permission for a market to be held.  Today, after over 800 years, the market is still a focus for the city.  Chelmsford was a centre of activity during the Peasants Revolt in 1381, Richard II together with his council conducted Government and Crown business from the area across the country in order to put an end to the uprising.

In later years, Chelmsford was a target for bombing during the Second World War, due to the war production which took place there.  Pillboxes which were built throughout the country and formed a system of lines of defence against German invasion.  Many are still evident today, with the GHQ Line (General Headquarters Line) having run directly through the city.  The GHQ was the most important line of defence as it sought to protect London from the threat of invasion.

Marconi – The Birthplace of Radio
In 1899, Guglielmo Marconi, the famous Italian Inventor and Nobel Prize Winner, opened The Marconi Telegraph & Signal Company factory in Chelmsford.  Often referred to as the Birth Place of Radio, the Chelmsford Factory was the world’s first to produce the “Wireless”.  Following his success Marconi moved premises from Hall Street to New Street Works, and in 1920 it was famously from this site that the UK’s first official publicised broadcast was made.  From 1922 regular entertainment broadcasts began to be made by Marconi, and as his business continued to grow Marconi became a key employer within Chelmsford and the surrounding area.

Popular Culture
Chelmsford is a lively city which is home to the V Festival, and has also been a focus in popular culture.

Films & TV
Chelmsford 123 – (1988-1990) Starring Jimmy Mulville and Rory McGrath, this Channel 4 television comedy series was set in Chelmsford in Roman times and focussed on the fight for power between the characters Aulus Paulinus and Badvoc.

Porridge – the 1979 film, starring Ronnie Barker, Richard Beckinsale and Fulton Mackay, was filmed inside Chelmsford Prison, which has been closed and refurbished following a fire.

Chasing Liberty - (2004) starring Mandy Moore and Matthew Goode, is a comedy about the daughter of the US President.  Filmed on location in Prague, Berlin and London, Hylands House in Chelmsford was used to replicate the White House in the film.

Famous Faces
Sir Nicholas Conygnham Tindal – born in Chelmsford 12 December 1776, Sir Nicholas was a lawyer, Judge and Lord Chief Justice of the Common Pleas, who in 1820 famously defended the Queen Consort of King George IV, Caroline of Brunswick who faced a charge of adultery. A statue of Sir Nicholas can be found in Tindal Square in Chelmsford.

Harry Judd – the Drummer in the band McFly was born in Chelmsford on 23 December 1985.  He is also noted as the winner of Strictly Come Dancing in 2011.

Sir Walter Mildmay – born in Chelmsford in 1523, Sit Walter was Chancellor of the Exchequer from 1566 – 1589. Sir Walter also founded Emmanuel College, in Cambridge in 1584. 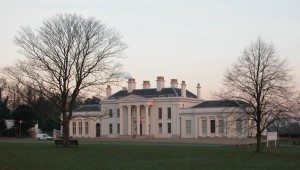 Hylands House and Park
This stunning grade II building is situated in the grounds of Hylands Park, a 574 acre site. Originally built by St John Comyns in 1730 to provide a family home, Hylands has been significantly developed over the years and following an extensive restoration programme, provides visitors with a beautiful location to learn more about this historic house and this exhibits it houses.  Hylands Park is the venue for the annual V Festival which is held in Chelmsford.

Chelmsford Cathedral
There has been a church on this site for over 800 years, and following the rebuilding of the church in both the 15th and 16th century, in 1914 it became Chelmsford Cathedral.  The building itself has beautiful gothic styling and is the Seat of the Bishop of Chelmsford. As well as a place of worship, the cathedral also provides an amazing venue for the many concerts and events which are held there.